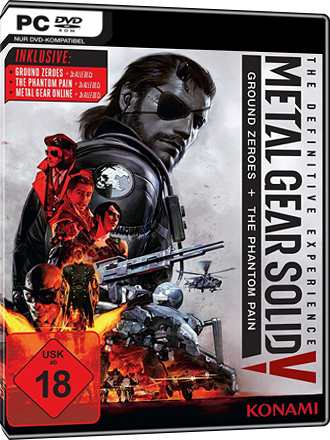 You will receive the key for the game by Konami Digital Entertainment via eMail within the delivery time stated above.

A first-rate gaming experience as players are offered tactical freedom to carry out open-world missions.

Download Metal Gear Solid V The Definitive Experience for free via the Steam network.Steam can be found here.

Contents of the Definitive Experience