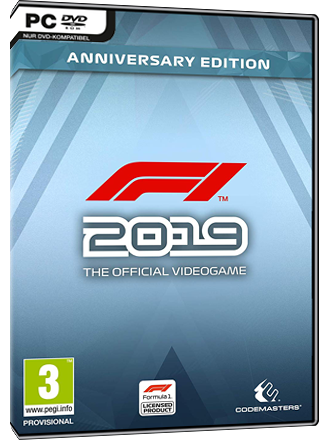 You will receive the key for the game by Codemastersvia eMail within the stated delivery time.

F1 2019 is the official videogame of the 2019 FIA FORMULA ONE WORLD CHAMPIONSHIP and will be released 2 months earlier than previous versions!