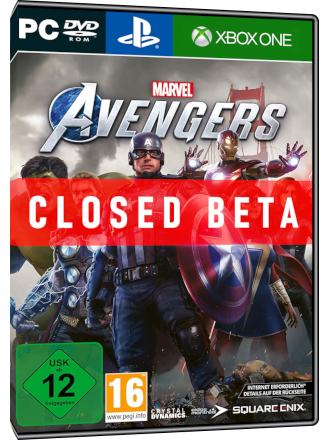 You will receive the Beta key for the game by Square Enixvia eMail within the stated delivery time.

This game continues the epic journey with new Heroes and new narrative delivered on an ongoing basis. The definitive Avengers game!

The key that you can purchase here enables you to take part in the Marvel's Avengers Closed Beta on PC, PS4 or Xbox One. The PS4 Closed Beta will take place from August 7th till 14th, 2020, the Closed Beta for PC and Xbox One from August 14th till 21st, 2020. Access to the final full version of the game is NOT included in the key offered here. Only beta access is included.